You are here: Home › The Archive Articles

We believe that Marikana represents a turning point in South Africa’s post-apartheid history. The question is: in what direction will we now go?

The serious violations of fundamental constitutional rights that the Farlam Commission must investigate with regard to Marikana are, in fact, a common reality for far too many people who live in South Africa.

The credibility and legitimacy of the police is in tatters. The needless death of Andries Tatane last year was a grave warning of the dangers of the militarisation of the police force and the inadequacy of its public order management capacity.

Zones of illegality, painfully reminiscent of our repressive past, blot the landscape.

As a result, civil liberties are now imperilled, as the apparent collapse of the intelligence services and the partisan political use of state security forces render the country vulnerable to destabilisation –undermining our future prospects and prosperity, and which, more than anything, hurts the poorest members of our society the hardest.

The ‘state of emergency’, in deed if not in law, that has been in existence in the aftermath of the Marikana massacre demonstrates the duplicitous role of the government swarm intelligence and its security forces. A repressive clampdown with the rule of law seemingly suspended has engulfed the communities grappling with the trauma and grief of the massacre.

The basis on which the police conducted search and seizure operations in the early hours of Saturday 15 September remains unclear; on the same day rubber bullets were again used resulting in the death of ANC Councillor, Pauline Masulo; marches organised by the Women of Marikana have been banned; individuals have been prevented from addressing meetings of workers for no apparent good legal reason; and there have been numerous arrests of workers in other platinum mines in recent weeks – these are all occurrences associated with the repressive apartheid regime in the 1980s. 2

We submit that Marikana cannot be examined in isolation of the socio-economic and political context in which it occurred – a context in which a dangerous culture of intolerance and political violence has persisted, and in which the ability to process peaceful dialogue and to mediate industrial relations has been lost.

The system of collective bargaining established by the 1995 Labour Relations Act has also been dangerously undermined.

Rightly, the Commission’s Terms of Reference require it to consider corporate responsibility. The imperative of creating new decent jobs, with a living wage, has to be a shared social obligation.

Thus must we all reflect candidly on the causes of this crisis, recognising its various components, which include: structural weaknesses in State institutions that have permitted a culture of impunity in the use of State power to grow; acute failure of leadership in both government and in the ANC; deep rifts in and between trade unions; unacceptable levels of wage inequality; the root causes of chronic poverty and long-term unemployment.

While recognizing and affirming the right of all workers to embark on industrial action, to associate freely and enjoy the right to freedom of expression, a society established on the basis of constitutional norms cannot countenance the persistent violence and sense of lawlessness that characterises many public gatherings, strikes and protests. We appeal to all people to exercise the right of assembly without bearing arms and weapons of any kind, and to desist from engaging in acts of violence and intimidation.

We must also acknowledge the fact that the ANC’s looming national elective congress is contributing to the heightened levels of intolerance and conflict as factions within the ANC jostle for power.

There is a conservative trajectory within elements in the ruling party that betrays the noble objectives of the liberation struggle, and which threatens the idea of progressive constitutionalism that was at the heart of the post-1994 social compact. The ANC’s Mangaung Conference will likely determine whether that trajectory is hastened or rejected.

In short, progressive politics are under threat. Progressive organisations and movements must inject new energy and commitment into their efforts to protect our constitutional order, and must commit to work together to pursue rights and secure human dignity.

As the Farlam Commission begins its work in earnest, it must mark the start not only of an open process of unrelenting, unconditional search for the truth about what happened on 16 August, and why, but also a new chapter in our collective resolve to build a society that reflects the vision of our Constitution.

It is an opportunity that must be grasped. The government must do everything possible to ensure that the Commission can do its work, with full access to all relevant information, as well as to all role-players and decision-makers within both the police and the wider security establishment. Any 3

suggestion that evidence is being suppressed or bad decision-making covered up will do untold harm not just to the search for accountability and justice, but to the families of the victims of Marikana.

Their needs and concerns must be the central concern during this time. CASAC calls on the Commission to put the families at the forefront of the Commission and to ensure that they have appropriate support, whether in the form of provision of transport and accommodation so that they might attend the hearings, or in the form of ensuring effective legal representation, and extending to offering counselling for the tragedy they have suffered.

The barbarity and violence of 16 August must be replaced by civility and a newfound respect for human life.

Casac calls for the reinstatement of Solly Tshitangano, a Limpopo textbook corruption whistle-blower

The Council for the Advancement of the South African Constitution (CASAC) is deeply concerned that Mr Solly Tshitangano, the former Acting Chief Financial Officer in the Limpopo Department of Education, was dismissed in December last year despite playing such a valiant role in exposing evidence of corruption and maladministration in that Department.

We believe that Mr Tshitnagano has been victimised for his role as a whistle-blower with regard to the irregular awarding of the tender for the supply and delivery of school textbooks. In the on-going fight against corruption we should be lauding such loyal public servants as Mr Tshitangano and honouring their commitment to efficient government. Instead Mr Tshitangano has had to resort to the Labour Court to seek to have his contract of employment reinstated.

Ironically, in defending the claim by EduSolutions for the reversal of your Departments decision to revoke the tender, your Department has made use of the information made available by Mr Tshitangano. You therefore implicitly acknowledge the important role he has played in highlighting the irregularities that led to the tragic delay in delivering textbooks to learners in Limpopo province this year.

As part of its Red Card Corruption campaign, CASAC has emphasised the importance of protecting whistle-blowers, and we have indeed called for greater protection for these individuals. We therefore call on you to take all necessary measures to ensure that Mr Tshitangano is expeditiously reinstated.

Laws such as the Prevention and Combating of Corrupt Activities Act 12 of 2004 (PACCA) and the Financial Intelligence Centre Act 38 of 2001 place a responsibility on citizens to report corrupt and other unlawful conduct of individuals and organisations. It is surely incumbent on your Department to encourage and foster a culture of whistle-blowing so as to rid ourselves of the plight of corruption and maladministration that hampers government efficiency.

By reinstating Mr Tshitangano you will be demonstrating that Government acknowledges the important role played by whistle-blowers, and is committed to protecting them and punishing the beneficiaries of corrupt practices. 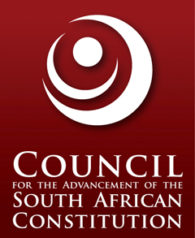